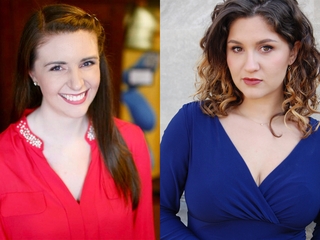 “Mad Women”
A critical look into the minds of female figures through music.

Try Me, Good King (Last Words of the Wives of Henry VIII) – Libby Larsen (b. 1950)
I. Katherine of Aragon
II. Anne Boleyn

InterPlay, a joint venture of UMBC and the Peabody Institute, began in 2016 as a way to connect UMBC undergraduate music majors with Peabody graduate students for their mutual benefit. Since that time, the partnership has evolved to include an innovative, interactive performance in Earl and Darielle Linehan Concert Hall, and a four-session teaching project, which to date have included master classes, chamber music coaching, audition preparation seminars and mock audition panels.

Admission is free and open to the public.

Plan your visit
UMBC is located about 10 minutes south of the Inner Harbor along I-95. For this event, free visitor parking is available in Lot 8, directly adjacent to the Performing Arts and Humanities Building, where the entrance to the Earl and Darielle Linehan Concert Hall is located on the second floor.