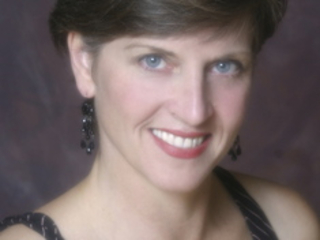 In its sixth season, this year’s Livewire contemporary music festival at UMBC explores the connection between words and music. How have poetry and literature influenced the development and trajectory of contemporary music movement? What are some writings that have inspired individual composers? How does poetry exist in music that doesn’t have words?
Praised for her “warm creamy voice” and “singing with a poignancy and molten resonance,” Canadian mezzo-soprano Patricia Green has gained international renown for her remarkable versatility and exceptional musicianship. Her busy career has taken her to the MUSICA Festival in Strasbourg with l’Orchestre de Radio-France, to the Concertgebouw in Amsterdam with the Dutch Radio Philharmonic, and to Haifa with the Northern Israel Symphony for the opening of the Baha’i Terrace Gardens. Ms. Green has performed extensively at the Kennedy Center in Washington with the Theatre Chamber Players, the National Symphony and Washington Choral Arts. She has also been heard at Zankel Hall at Carnegie Hall, Merkin Hall, the Metropolitan Museum of Art in New York, at the St. Lawrence Center, Roy Thomson Hall, and the Glen Gould Studio in Toronto. Ms Green has appeared with conductors Pierre Boulez, Leonard Slatkin, Peter Eötvös, J. Reilly Lewis, Zoltan Pesko, Sir David Willcocks, Reinbert de Leeuw, Paslcal Rophé, Noel Edison, and Gustav Meier.
Joined by Lisa Cella, flute; E. Michael Richards, clarinet; Gita Ladd, cello; Audrey Andrist, piano; and Tom Goldstein, percussion, Green’s program will feature:
• Hilary Tann: Arachne (2002)
• Laura Schwendinger: About a Mountain (2011)
• Martin Voorvelt: Two Songs and Two Accompaniments (1998)
• Anna Rubin: Songs to Death (1979)
• Scott McAllister: Uncle Sam’s Songbag (2002)
• Harry Somers: Kuyas (1967)
Admission: $15 general, $10 seniors, $5 students, available through MissionTix. Tickets will also be available at the door, cash sales only.
Click here for the complete Livewire festival schedule.
0 Comments (requires login)

Applicants who successfully pass the Acceptd pre-screen will be sent the login information for the morning information session Saturday, April 10 at 9 am as well as the individual auditions taking place later that day.

General Information Meeting: You and anyone helping you with the audition process are invited to attend the general information session about the UMBC Department of Music starting at 9:00 AM. You will receive an overview of our department, meet students and faculty, and attend breakout sessions for each music major.

Auditions or Interviews: Auditions will happen via uploaded video.  Once your pre-screen has been passed, you will receive an email asking if you wish to use your pre-screen as your final audition or if you would like to upload new videos for your audition.  In addition, you will receive a link to your zoom interview room, schedule, and additional material to prepare. Your interview will be conducted with UMBC music faculty in your area of study. Although you will not present repertoire in your interview, please be prepared to sight-read, play scales,  and to discuss your audition materials.

Unavailable to Join: If you cannot make the live video call on Saturday, April 10, or if you experience technical difficulties on the day, please contact Matt Belzer at belzer@umbc.edu.