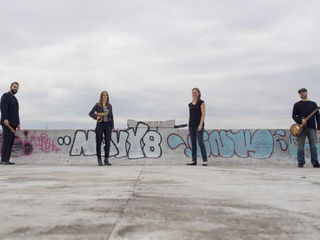 Applicants who successfully pass the Acceptd pre-screen will be sent the login information for the morning information session Saturday, January 23 at 9 am as well as the individual auditions taking place later that day.

General Information Meeting: You and anyone helping you with the audition process are invited to attend the general information session about the UMBC Department of Music starting at 9:00 AM. You will receive an overview of our department, meet students and faculty, and attend breakout sessions for each music major.

Auditions or Interviews: Auditions will happen via uploaded video.  Once your pre-screen has been passed, you will receive an email asking if you wish to use your pre-screen as your final audition or if you would like to upload new videos for your audition.  In addition, you will receive a link to your zoom interview room, schedule, and additional material to prepare. Your interview will be conducted with UMBC music faculty in your area of study. Although you will not present repertoire in your interview, please be prepared to sight-read, play scales,  and to discuss your audition materials.

Unavailable to Join: If you cannot make the live video call on Saturday, January 23, or if you experience technical difficulties on the day, please contact Matt Belzer at belzer@umbc.edu.