A native of St. Petersburg, Russia, Grisha Goryachev is renowned for his extraordinary musical sensitivity and technical virtuosity in both classical and flamenco styles.

Grisha is one of very few guitarists in the world who is reviving the tradition of solo flamenco guitar in a concert setting, that was practiced by legendary flamenco masters such as Ramón Montoya and Sabicas. Grisha strives to keep alive older flamenco masterpieces that now exist only on records, by performing them in concerts. Instead of merely copying, he creates his own interpretations of these masterpieces, using dynamics and tone colors usually associated with classical guitar. 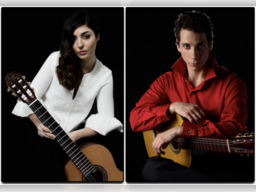