The Department of Music presents pianist Teodora Adzharova, whose program features the two piano sonatas of Dmitri Shostakovich (1906–1975).
Dmitri Shostakovich’s life and work are often discussed in conjunction with the political powers at play in the Soviet Union. His symphonies and chamber pieces have been carefully dissected in search of hidden messages pointing either towards a dissident persona or a beneficiary of the regime. This program however, aims to shed light on Shostakovich’s piano sonatas which are so often overshadowed by his better-known works.
The Piano Sonata No. 1, Op. 12 (1926), is the composer’s first substantial piano work. Composed of a single movement, it is clearly divided into three sections: fast-slow-fast. Concise in structure and dense in emotional content, Op. 12 demonstrates Shostakovich’s overt intellectualism and interest in the burgeoning avant-garde.
The Piano Sonata No. 2, Op. 61 (1943), is dedicated to Shostakovich’s piano teacher Leonid Nikolaev. Written in the traditional form, each of the three distinct movements employs a large variety of compositional techniques. Op. 61 stands in opposition to Op. 12 in its simplicity and accessibility of language and structure.
As an active soloist and a sought-after chamber musician, Bulgarian pianist Teodora Adzharova performs throughout the Baltimore-Washington region, frequently collaborating with musicians from both the Peabody Institute and the Baltimore Symphony Orchestra. She has had numerous appearances at the Sundays at Three Concert Series, Summer Chamber Music at Roland Park, Montpelier Arts Center, Washington College, Towson University, University of Maryland, Silo Hill, and as part of the Hedgelawn Series. On many occasions, her recordings have been broadcast on APM’s Performance Today. As a devoted educator, she is currently a faculty member at the Peabody Institute, UMBC, and Baltimore County Community College.
Tickets 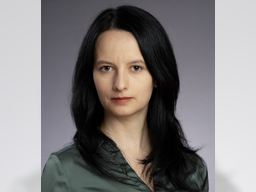