Music from the Paris Conservatoire

Harpist Jacqueline Pollauf performs a program of French music, all related to the Paris Conservatoire, which was the center of the harp world for many years. Her concert will feature music by Gabriel Pierné, André Jolivet, Marcel Samuel-Rosseau, André Caplet, Marcel Tournier, and Pollauf’s own transcription of a work by Lili Boulanger.

Pollauf is known for her sensitive performances, dedication to teaching, and beautifully-crafted compositions. Past performances include a premiere for voice and harp at Carnegie Hall, as well as appearances at the Eleventh World Harp Congress and the National Gallery of Art in Washington, D.C. Her most recent recording, Beau Soir, with cellist Dariusz Skoraczewski, was lauded as “utter perfection” (The Harp Column).

She appears frequently as a recitalist in thematic programs drawing on repertoire standards, little-known works, and her own transcriptions and arrangements. Pollauf’s own compositional works are available through Lyon and Healy Publications, Harp Column Music, and Oakway Studios. She is the director of the Baltimore Harp Camp, and is on the faculties of the Baltimore School for the Arts and UMBC. Performances and instructional videos can be found on her highly regarded YouTube channel. Jacqueline holds degrees from the Peabody Conservatory.

This event is presented by the Department of Music. 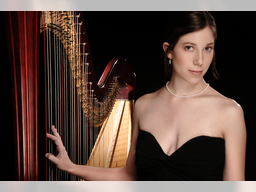